An ascetic denies himself the pleasures of life in an extreme way, being exceedingly strict with himself.

When you cavort, you jump and dance around in a playful, excited, or physically lively way.

A deficit occurs when a person or government spends more money than has been received.

To denude an area is to remove the plants and trees that cover it; it can also mean to make something bare.

Someone who is epicurean derives great pleasure in material and sensual things, especially good food and drink.

If someone or something is flamboyant, the former is trying to show off in a way that deliberately attracts attention, and the latter is brightly colored and highly decorated.

Someone who is indulgent tends to let other people have what they want; someone can be kind to excess when being indulgent.

A monastic lifestyle is very simple—it is not given to excess in any way; rather, it is a lifestyle of self-denial.

A palatial structure is grand and impressive, such as a palace or mansion.

Animals preen when they smooth out their fur or their feathers; humans preen by making themselves beautiful in front of a mirror.

The austere, plain chamber in which the monk lived reflected the strict nature of his holy vows. In his bare dwelling, the monk practiced the austere and stern disciplines of prayer, fasting, and chant. When visitors came to him for help, his expression of welcome was in no way severe or austere but rather warm and welcoming to all those in need who crossed his threshold.

Quiz: Try again! What does an austere room look like?

Austin Steers Wrong Way We were hoping that the austere and stern priest might steer Austin towards more serious pursuits, but Austin's fun-loving and partying way of life did not give way to the priest's somber and strict advice.

Austere rules and regulations can often be “harsh, rough, or bitter” for those who have to follow them.

Buddhist Priests These Buddhist priests are undergoing austere training for a period of one-hundred days. 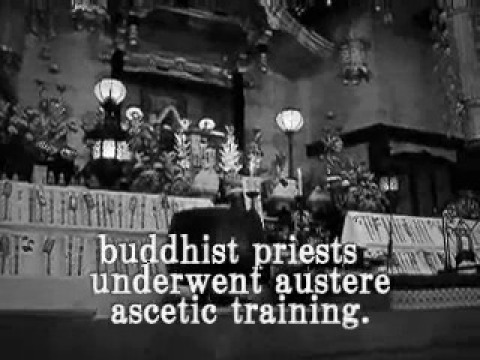 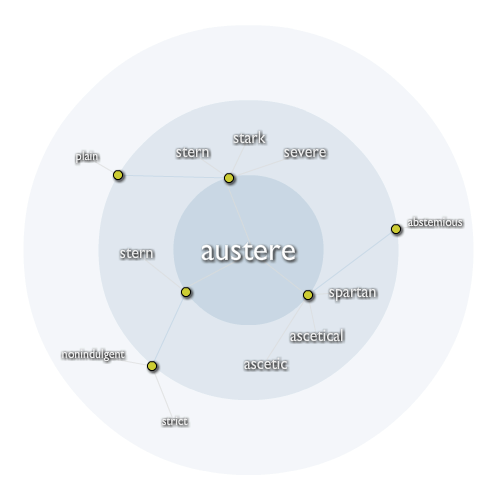