Badinage is lighthearted conversation that involves teasing, jokes, and humor.

When you bandy about ideas with someone, you casually discuss them without caring if the discussion is informed or effective in any way.

Banter is friendly conversation during which people make friendly jokes and laugh at—and with—one another.

Bigotry is the expression of strong and unreasonable opinions without accepting or tolerating opposing views.

A bohemian is someone who lives outside mainstream society, often embracing an unconventional lifestyle of self-expression, creativity, and rebellion against conventional rules and ways of society.

When two friends become estranged they have turned away from being friendly towards being hostile.

Exclusion is the act of shutting someone out of a group or an activity.

If two people have established a good rapport, their connection is such that they have a good understanding of and can communicate well with one other.

Strife is struggle or conflict that sometimes turns violent.

The group of scientists had worked together at the lab for years, and through their collaboration a feeling of friendship, respect, and casual camaraderie had grown between them. They often played harmless jokes on one another; their camaraderie and trustful fellowship was clear to everyone from the sound of laughter pouring out of the conference room. Such kind camaraderie aided the companions’ ability to work together cheerfully and sociably.

Quiz: Try again! How can someone establish camaraderie?

Dearie, May I Borrow the Camera? The sense of camaraderie in the group of old women was so great that they only needed one camera amongst them all; you would often hear one asking with great camaraderie, "Dearie, may I use the camera when you're finished with it?"

The idea behind camaraderie is that of friends living or spending a great deal of time together in the same “room or chamber.”

Carrier: Squared Away Camaraderie between military shipmates is inevitable. 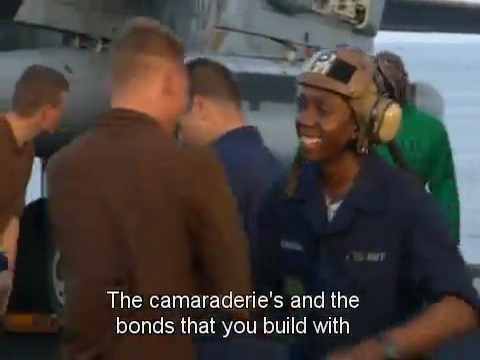 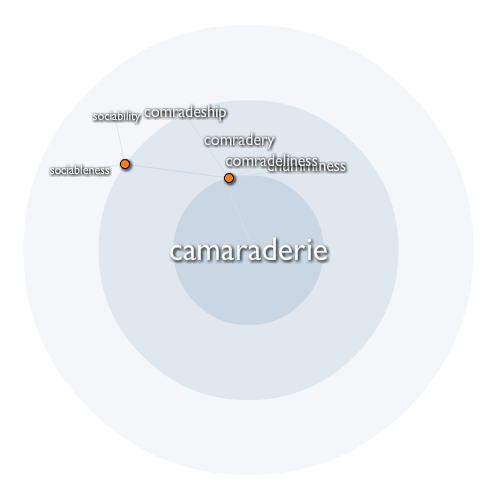