Something macabre is so gruesome or frightening that it causes great horror in those who see it.

If you do something with panache, you do it in a way that shows great skill, style, and confidence.

Something that is repulsive is offensive, highly unpleasant, or just plain disgusting.

If you have good sartorial taste, you know what to wear to your best advantage, or you have the skills of a tailor.

The young gentleman looks dapper, well groomed, and neat in his new, striped suit. He walks along the sidewalk in a crisp and dapper manner, with a lively spring in his step. All the young ladies admire his dapper and stylish appearance, thinking to themselves that such a sharply dressed man must be on his way to do something very important or fun.

Quiz: Try again! What would a dapper man be likely to wear?

Dapper Dan In the film O Brother Where Art Thou, Ulysses used Dapper Dan on his hair which made him look quite smashing and dapper.

From a root word meaning “neatness.” 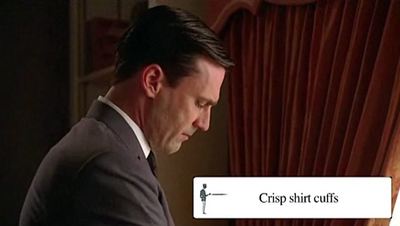 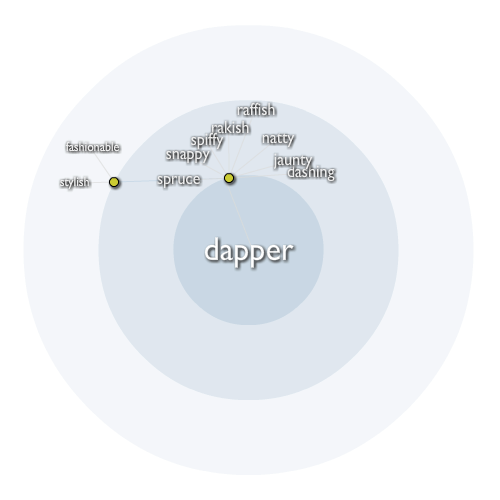