The abnegation of something is someone’s giving up their rights or claim to it or denying themselves of it; this action may or may not be in their best interest.

When you adjure someone to do something, you persuade, eagerly appeal, or solemnly order them to do it.

Duress is the application or threat of force to compel someone to act in a particular way.

If something encumbers you, it makes it difficult for you to move freely or do what you want.

When someone entices you, they are trying to get you to do something by making it appear attractive.

If you expostulate with someone, you express strong disagreement with or disapproval of what that person is doing.

When you incite someone to do something, you encourage, urge, or persuade them to do it.

If you refrain from doing something, you do not do it—even though you want to.

If you sidle, you walk slowly, cautiously and often sideways in a particular direction, usually because you do not want to be noticed.

My brother and his wife choose to avoid the craziness of the winter holidays, eschewing fancy Christmas celebrations. They eschew or steer clear of decorating a tree with lights or putting up garlands. They deliberately eschew or avoid at all costs what they see as a widespread commercialization of a holy season. My nieces and nephews, however, do not want to give up or eschew their tower of Christmas gifts just because their parents don’t believe in the season.

Eschew Chewing Once I chewed tobacco, but now I eschew chewing because I found out it can cause mouth cancer.

From a root word meaning “to avoid.” 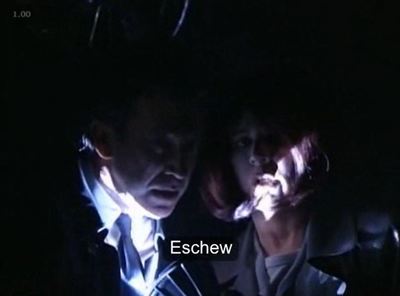 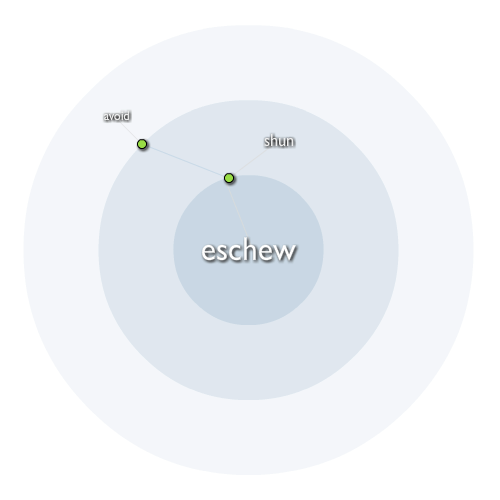