Badinage is lighthearted conversation that involves teasing, jokes, and humor.

Banter is friendly conversation during which people make friendly jokes and laugh at—and with—one another.

When something is droll, it is humorous in an odd way.

If someone is being glib, they make something sound simple, easy, and problem-free— when it isn’t at all.

The gravity of a situation or event is its seriousness or importance.

If you describe something as ludicrous, you mean that it is extremely silly, stupid, or just plain ridiculous.

When Edgar accepted the service award on his sister’s behalf, the audience was unpleasantly surprised by his humorously inappropriate and facetious remarks. Edgar facetiously joked about his sister’s childhood temper tantrums: it was meant to be funny, but simply did not fit the serious occasion. The Master of Ceremonies approached Edgar at the reception and scolded him for his facetious, unsuitable remarks that had lessened the respect due his sister.

Quiz: Try again! When is someone being facetious?

T's Serious Face Everyone had a serious face at the funeral except for Uncle T, who couldn't stop cracking facetious jokes that were completely unsuitable for the funeral of Aunt T.

Facetious comments are meant to be “witty or humorous.”

Are You Being Served Mr. Lucas is being quite facetious in asking about taking over. 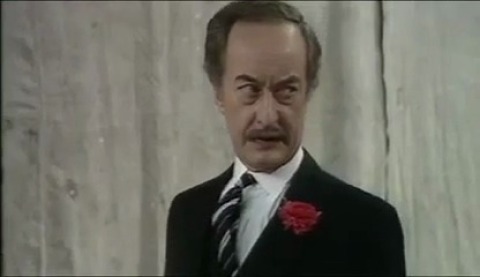 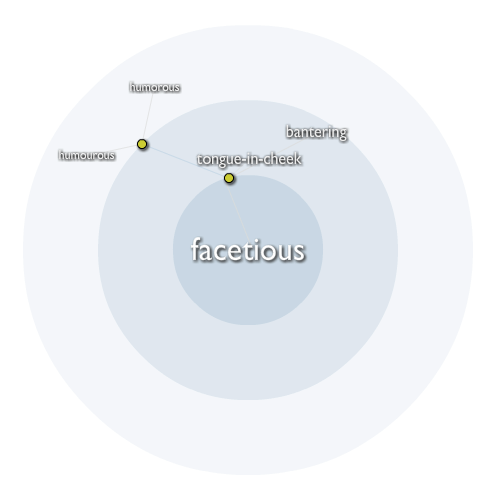