The adjective auspicious describes a positive beginning of something, such as a new business, or a certain time that looks to have a good chance of success or prosperity.

Something beneficial is helpful, useful, or valuable in some way.

If something is contingent upon something else, the first thing depends on the second in order to happen or exist.

A debacle is something, such as an event or attempt, that fails completely in an embarrassing way.

A deluge is a sudden, heavy downfall of rain; it can also be a large number of things, such as papers or e-mails, that someone gets all at the same time, making them very difficult to handle.

If you are experiencing felicity about something, you are very happy about it.

If an event becomes a fiasco, it is a complete and embarrassing failure.

Something that is inevitable will certainly occur because it cannot be avoided.

A providential event is a very lucky one because it happens at exactly the right time and often when it is needed most.

Serendipity is the good fortune that some people encounter in finding or making interesting and valuable discoveries purely by luck.

Severe problems, suffering, or difficulties experienced in a particular situation are all examples of tribulations.

A windfall is the sudden appearance of a large amount of money that is completely unexpected.

The chance, fortuitous encounter of the two songwriters led to a lifelong, musical partnership. They were both known for writing love songs, in which lucky, fortuitous events happened leading to happy circumstances. When the writers’ strike broke out in Hollywood, they were fortuitously or accidentally across the Atlantic working on a new musical, so the duo remained prosperous despite the strike.

Quiz: Try again! How would you feel about a fortuitous event?

A fortuitous event “possesses the nature of luck or chance” that brings about something good.

Tombstone She believes that it is fortuitous that the two of them have met. 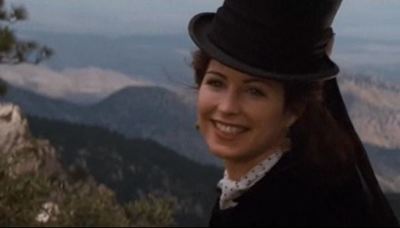 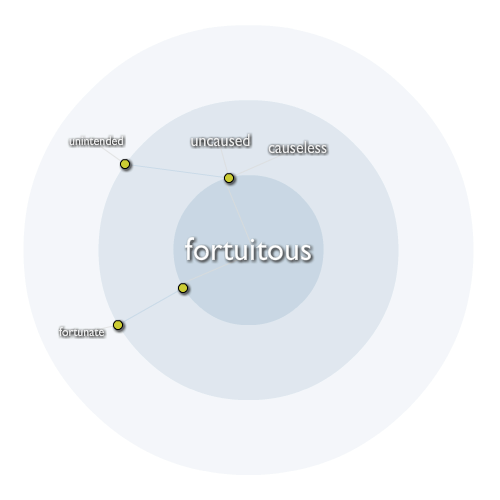