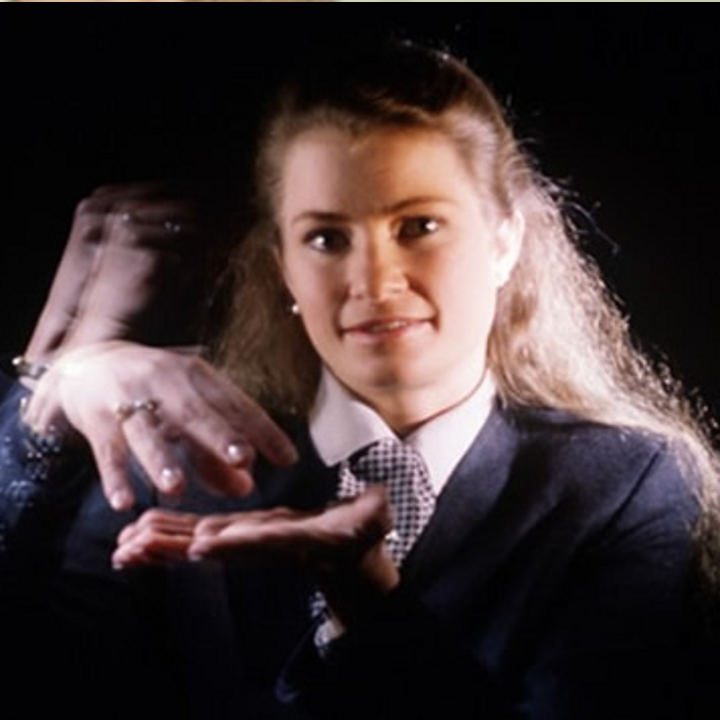 If you describe someone as articulate, you mean that they are able to express their thoughts, arguments, and ideas clearly and effectively.

The aural aspect of animals pertains to their hearing; it can also refer to sound in general.

If you belabor a point, you keep emphasizing an idea or fact repeatedly in a way that is annoying.

If you engage in mimetic behavior, you copy the movements or appearance of someone or something else.

If an activity is punctuated by something, it is interrupted or emphasized by it at intervals.

The salient qualities of an issue or feature are those that are most important and noticeable.

Outside the glass booth, Herman could see the upset woman waving her free hand and gesticulating during her telephone conversation. She banged her palm against the wall of the booth and pointed aggressively into the air, gesticulating and emphasizing her displeasure with hand and arm motions. After hanging up, the woman tossed her hands over her head and gesticulated her feelings of frustration and helplessness without any words being said.

Articulate Gestures To gesticulate is just to be articulate in your gestures.

When one gesticulates, one is using “little” motions or actions of the hands and arms, which is a way of “bearing or carrying” oneself as one speaks. 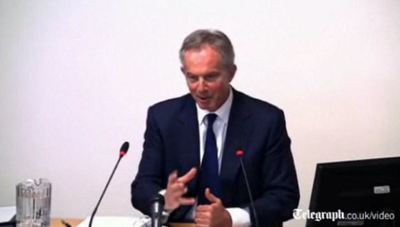 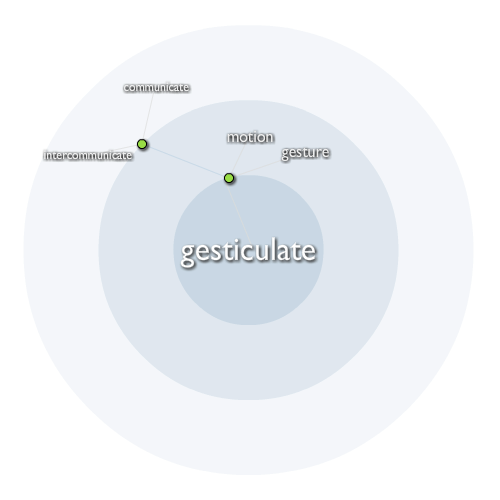