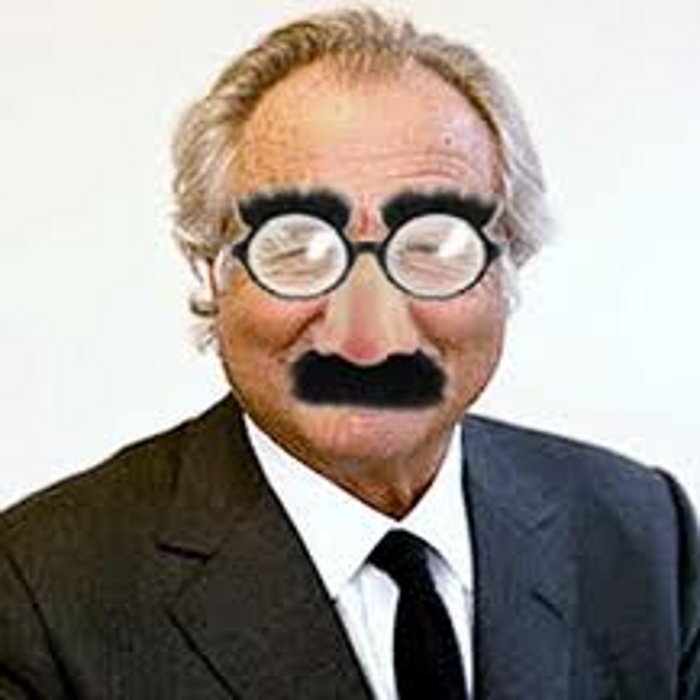 A misnomer is a name given to someone or something that doesn’t quite fit or is inaccurate in some obvious way.

A pseudonym is a fictitious or false name that someone uses, such as an alias or pen name.

To avoid his angry stepfather Big Bubba Lump, Harrison wore a man wig and sunglasses, traveling in disguise or going incognito throughout his hometown. Luckily, Harrisons neighbors knew that he was altering his appearance to remain hidden from Big Bubba Lump, and they helped keep him incognito by calling him “Stu” in public. Even though Big Bubba Lump had a restraining order against him, his actions were unpredictable and oh-so dangerous, so remaining incognito or concealed seemed like the safest thing to do.

Quiz: Try again! When might someone want to be incognito?

Definition
Quick glance: in disguise
A brief word on definitions.

Not Into Recognition Albert was not into recognition, so to keep other people from recognizing him he would always go about incognito.

Someone goes about incognito because he “doesn’t” want to be “known” by others.

Batman The man who is going to go incognito is the same man who is speaking on the phone! 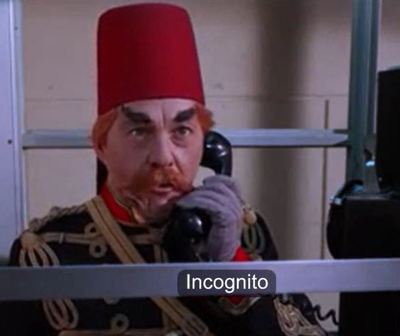 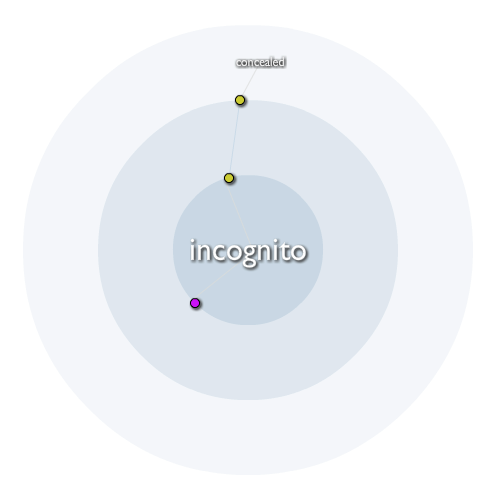