When you heed another’s wishes, you are mindful of them and therefore give them your full attention.

When it is imperative that something be done, it is absolutely necessary or very important that it be accomplished.

If you are methodical while doing a task, you use a logical and organized system to complete it.

A neurotic person is too anxious or worried about events in everyday life.

A perfunctory action is done with little care or interest; consequently, it is only completed because it is expected of someone to do so.

If you are being wary about a situation, you are being careful, cautious, or on your guard because you are concerned about something.

At first glance every action of young Hollywood stars is marked by a carefree attitude or insouciance. Glancing through the current tabloids, one might be overwhelmed by the beautiful, young, and wealthy people who remain insouciant or unconcerned about the cares of the population at large. Not all celebrities have such a cheerful carefree insouciance or lack of sensitivity, however, as some stars use their fame to do good in the world.

Quiz: Try again! How might you describe someone whose personality is characterized by insouciance?

Foot in Sushi I can't believe that Vance showed no concern at all when he stuck his foot in the sushi on the sushi bar--what insouciance by Vance!

If one exhibits insouciance about a worrisome situation, one has the “state or condition of not being troubled, worried, or anxious” about it when one should be.

Bobby McFerrin Insouciance is a part of those people's lives who don't worry about anything at all! 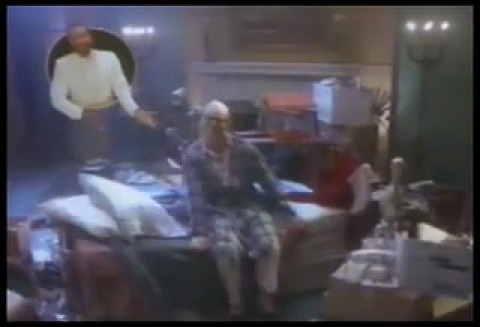 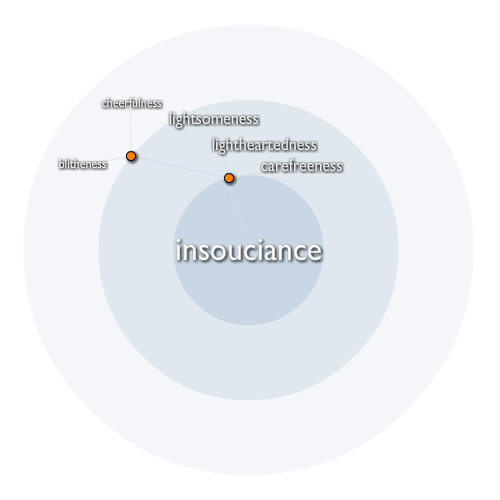