Angst is a strong feeling of anxiety, worry, and unhappiness, especially about a current or future situation.

When someone exhibits composure, they remain calm—even in difficult times or conditions.

If you feel compunction about doing something, you feel that you should not do it because it is bad or wrong.

If you are distraught about a situation, you are very upset or worried about it.

If someone is being glib, they make something sound simple, easy, and problem-free— when it isn’t at all.

The gravity of a situation or event is its seriousness or importance.

A misgiving is a doubt or uncertainty that you have about something, usually something that you are about to do.

A vibrant person is lively and full of energy in a way that is exciting and attractive.

Even though Ted had a major exam the next day, he acted nonchalant or totally unworried as he lazily sunned himself on the beach. Tara asked him if he should be studying, but the unconcerned Ted replied nonchalantly, “I have all night after we get back. It will be easy!” Ted’s nonchalant, casual attitude made the trip to the shore fun, but most definitely did not help his poor final grade in organic chemistry.

Quiz: Try again! When might someone act in a nonchalant way?

Ant Chalet When Tricia arrived at her beautiful chalet in the Alps, she found that it had been overrun by ants; despite the fact that her chalet was now an ant chalet, she remained nonchalant as she called the exterminator.

A nonchalant person is “not heated” by thorny or difficult situations, but rather remains “cool” under pressure.

Moonlighting He tries to get her to act in a nonchalant fashion. 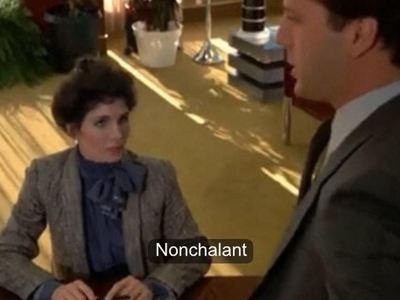 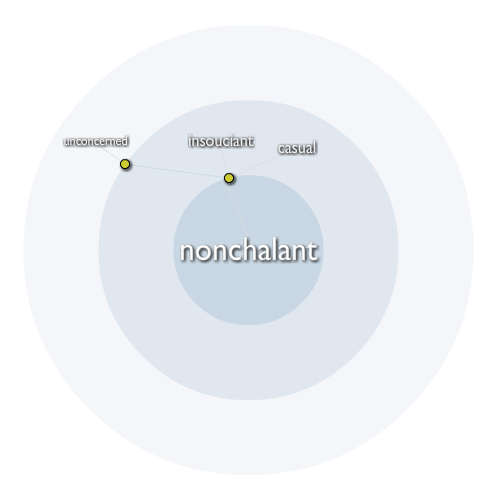