In writing, bathos is the sudden change from a subject that is serious and important to one that is ordinary, silly, and unimportant.

A maudlin person talks in a sad, silly, and overly emotional way, perhaps because they have had too much to drink.

Something is mawkish when it is overly sentimental and silly in an embarrassing way.

People who are wistful are rather sad because they want something but know that they cannot have it, especially something that they used to have in the past.

When my uncle takes us to the park, he grows nostalgic and emotional as he remembers and longs for his own boyhood there. “Years ago, we played baseball in that field,” he whispered sadly and nostalgically, as if seeing shadows of the golden past. I love hearing Uncle Peter’s nostalgic stories—they make me want to live back when they played the game with wooden bats and sold papers for a dime.

Quiz: Try again! What happens when someone feels nostalgic?

Not Sick Algae When I was young my father raised trout in many fish ponds which we cleaned tons of algae from; I am not nostalgic about cleaning algae because it made me sick, but I do miss my father more than all the algae and fish in the universe.

When one suffers from a nostalgic experience, one feels emotional “pain” as if “returning home” to things that one has loved but which have been lost forever. 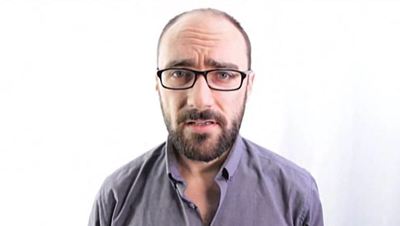 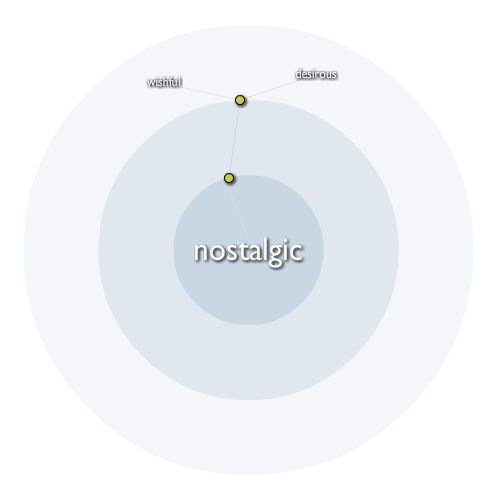