A melee is a noisy, confusing, hand-to-hand fight involving a good number of people.

A utopia is a perfect place where there are no problems and everyone is in agreement.

A welter of something is a large, overwhelming, and confusing amount of it; this word can also refer to a state of confusion, disorder, or turmoil.

Quiz: Try again! What is an example of pandemonium?

Demon Panic When the three-horned, red-skinned, and horribly grinning demon walked into the crowded room, all the people were thrown into an immediate panic, which increased into complete pandemonium when another demon appeared through the other door to the room ... and made sure both doors were locked.

Pandemonium originally referred to the home or capital of all the demons or evil spirits that inhabited hell, who were not particularly interested in being calm or law-abiding. 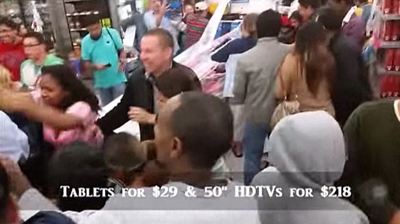 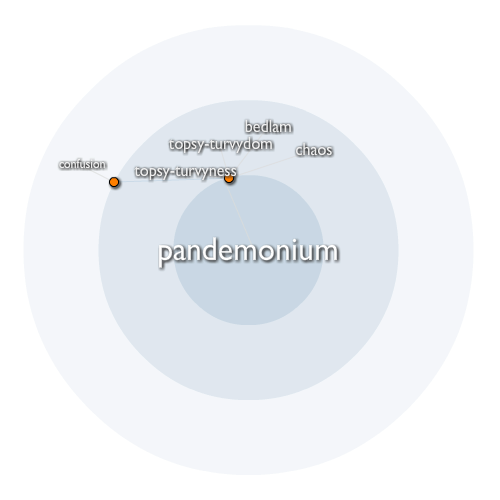