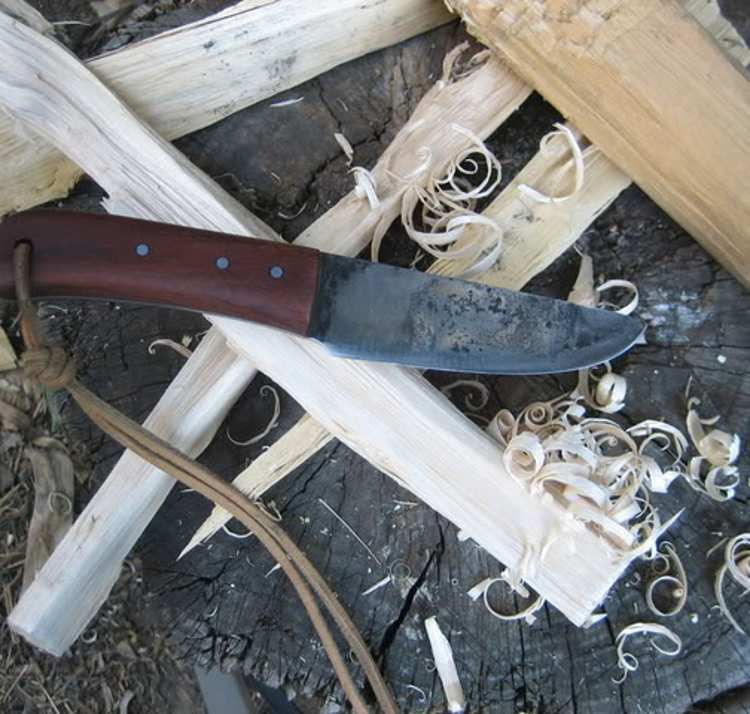 To aggrandize someone means to make them seem richer, more powerful, and more important than they really are.

When you append something to something else, you attach or add it, such as extra information to the end of a book.

To bowdlerize a book, play, or other literary work is to remove parts of it that are considered indecent or unsuitable for family reading.

When a substance contracts, it becomes smaller in size.

If you curtail something, you reduce or limit it.

Someone defoliates a tree or plant by removing its leaves, usually by applying a chemical agent.

If something engenders a particular feeling or attitude, it causes that condition.

To expurgate part of a book, play, or other text is to remove parts of it before publishing because they are considered objectionable, harmful, or offensive.

If you extirpate something, you completely destroy it because it is unpleasant or unwanted.

Gestation is the process by which a new idea, plan, or piece of work develops in your mind.

An infusion is the pouring in or the introduction of something into something else so as to fill it up.

If something proliferates, it grows and spreads quickly so that there is a great abundance of it.

If you truncate something, you make it shorter or quicker by removing or cutting off part of it.

In a troubled economy, many companies choose to pare down their work force by reducing their number of employees. By trimming staff, they are able to pare down or lessen costs and thus save extra money. As a result, millions of people cut back on or pare down their expenses as well, which in turn denies companies the revenue they need to hold onto their employees.

Quiz: Try again! What does it mean to pare something?

Pear Repair? "No, Jimmy, you cannot repair that pear once you've pared or trimmed its peel ... and no, not even glue will work!"

When you pare an apple you “prepare” it for eating or for use in a recipe by cutting away the peel.

Ghost World He has pared down his record collection to what he considers to be the must-haves. 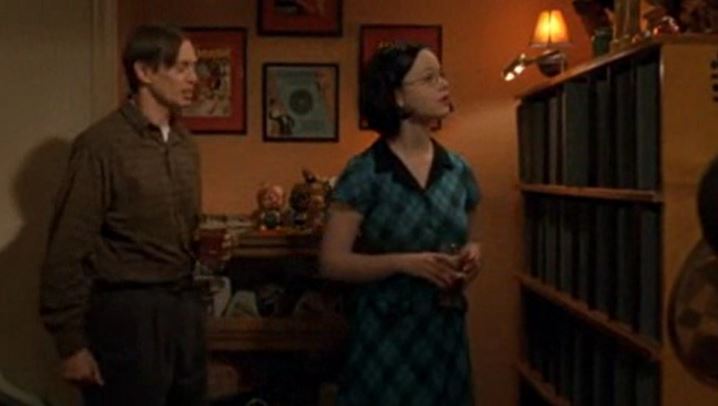 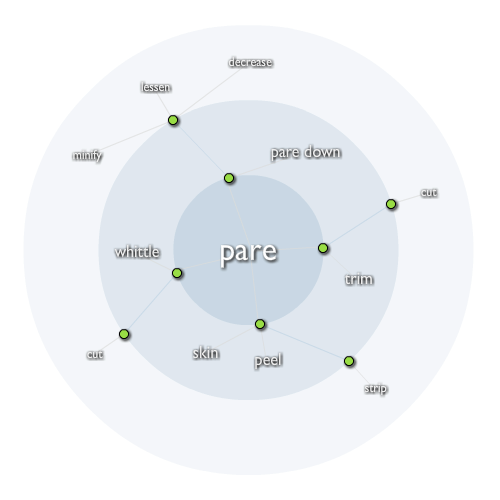