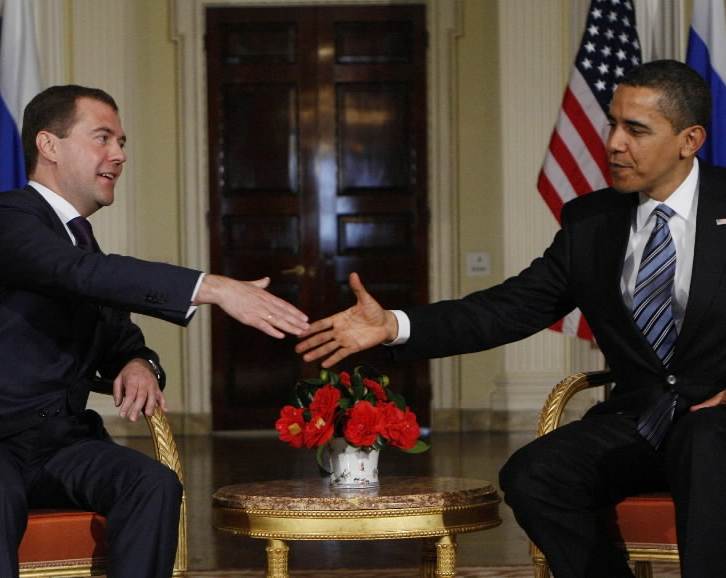 Consanguinity is the state of being related to someone else by blood or having a similar close relationship to them.

When a group of people reaches a consensus, it has reached a general agreement about something.

If two people are incompatible, they do not get along, tend to disagree, and are unable to cooperate with one another.

Liaison is the cooperation and exchange of information between people or organizations so that they can work well together.

A nexus is a connection or a series of connections between a number of people, things, or ideas that often form the center of a system or situation.

The propinquity of a thing is its nearness in location, relationship, or similarity to another thing.

If you say that something, such as an event or a message, resonates with you, you mean that it has an emotional effect or a special meaning for you that is significant.

When Sonya was accepted into a program in musical theater, she finally felt a togetherness or rapport with students her own age. Most of the young people in her classes at school did not study theater or music, so Sonya shared a limited social rapport or connection with them. The weeks in the music program, however, were filled with late-night talks and exciting rehearsals which created a rapport, unity, or trustful bond between the participants.

Quiz: Try again! When is a rapport established between two people?

Rapper Support Musical rappers quickly develop supportive relationships or a close rapport that connects them through their musical interest.

People who have a great rapport “carry” things “back” to one another in a mutual exchange that creates a close connection over time.

Good Will Hunting There is no problem having a rapport with the boy. 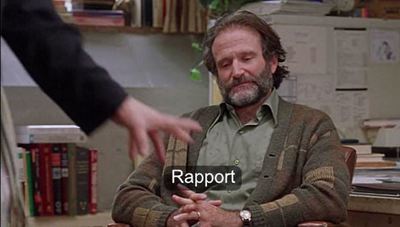 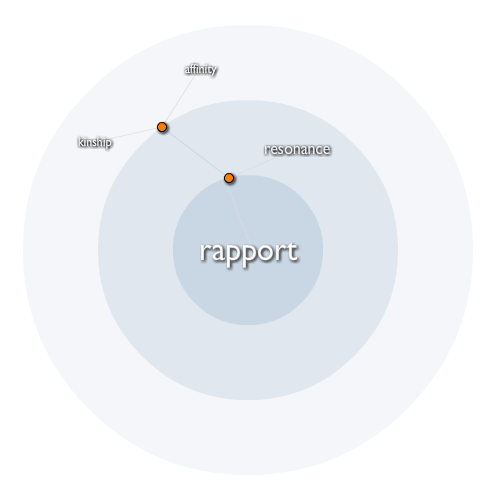