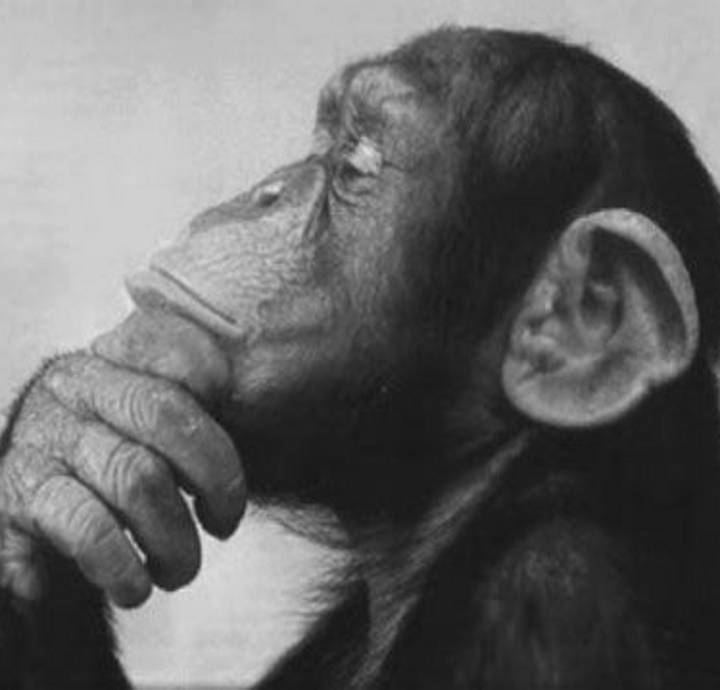 If you adjudicate a competition or dispute, you officially decide who is right or what should be done concerning any difficulties that may arise.

When you contemplate something, you either think about it deeply or gaze at it intently.

Something that is extemporaneous, such as an action, speech, or performance, is done without any preparation or practice beforehand.

When someone improvises, they make something up at once because an unexpected situation has arisen.

When you act in an imprudent fashion, you do something that is unwise, is lacking in good judgment, or has no forethought.

If you are somnolent, you are sleepy.

Something soporific makes you feel sleepy or drowsy.

If you do something in an unwitting fashion, you didn’t know that you were doing it; therefore, it was unintentional on your part.

After the debate on television, I ruminated on or deeply considered the candidates’ words. Although I carefully thought or ruminated about their statements all day, it didn’t help me decide how to cast my vote. I wondered if the candidates spent much time ruminating about current issues, or if they simply repeated what speech writers and campaign managers told them to say.

Quiz: Try again! What does it mean to ruminate?

Definition
Quick glance: think about
A brief word on definitions.

Cate Ate Her Cumin? I ruminated for hours over whether Cate ate her cumin; cumin ruminating is no fun, let me tell you that!

A ruminant, such as a cow or sheep, has a “rumen” or series of stomachs that attach to its “gullet” or “throat,” whose function is to digest grass. Ruminants will often chew for hours on their cud, or partially digested mass of grass, that comes up from their “rumen” through their “throat” after they have swallowed it once already. Hence, when one ruminates, one mentally “chews” something over and over before coming to a decision. 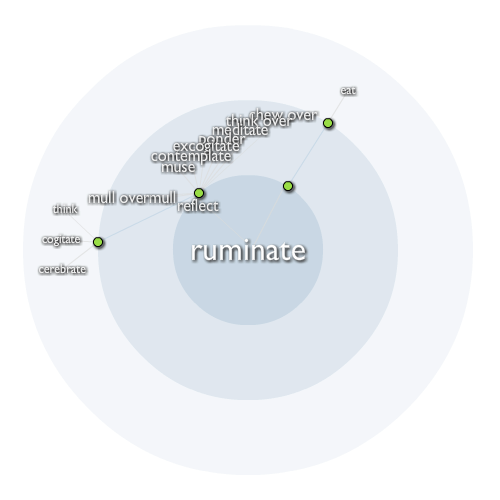