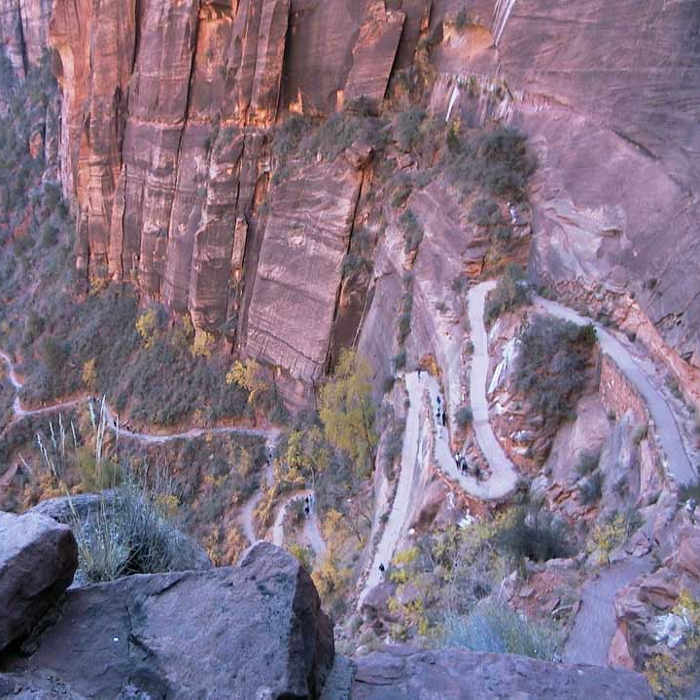 If something goes awry, it does not happen in the way that was planned.

When one thing belies a second, it hides the true situation, producing a false idea or impression about that second thing.

When people dissemble, they hide their real thoughts, feelings, or intentions.

Someone’s elocution is their artistic manner of speaking in public, including both the delivery of their voice and gestures.

If you embellish something, you make it more beautiful by decorating it.

An intricate design or problem can be both complex and filled with elaborate detail.

If someone is lucid, they are able to understand things and think clearly; this adjective is especially used when someone was not always able to do this because of illness or confusion.

If someone is pedantic, they give too much importance to unimportant details and formal rules.

A serpentine figure has a winding or twisting form, much like that of a slithering snake.

Torsion is the strain produced on a body by twisting it.

Nina’s long and tortuous journey was filled with twists and turns along the mountain road. Although Nina had noticed that her chosen route would have many bends, she had had no idea that she was in for such a tortuous or complex ride. When she had finally navigated through that winding, tortuous, and roundabout road, she felt like she too was all wound up.

Quiz: Try again! When is something considered tortuous?

Problem Tortures Us The math problem was so tortuous and intricate with so many twists and false turns that it simply tortured us; we never did solve its complexity!

Something tortuous, like a mountain road or difficult language, is “twisted, wound, or wrapped” up so as to make it complex to navigate.

Cosmos Carl Sagan talking about the tortuous path that began with the Big Bang and has progressed to the present day. 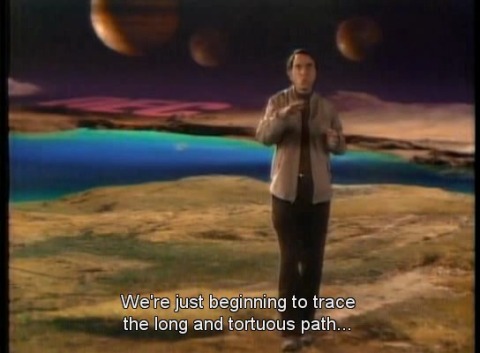 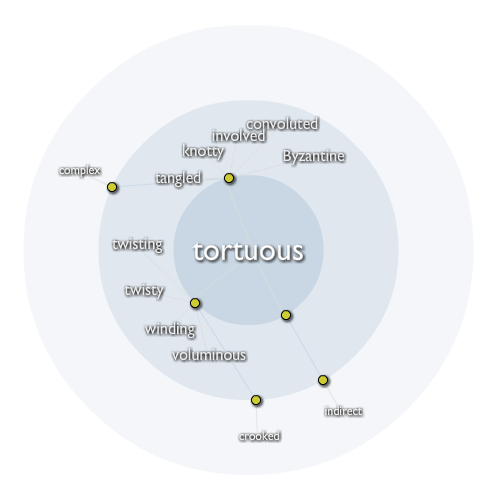