Mom wants to go to a tropical or very warm and damp place to escape the cold this winter. Dad thinks she won’t actually enjoy a tropical or steamy climate. He reminded her that a tropical or hot and sticky island like Hawaii or Tahiti has a lot of wind which she didn’t like. Mom replied, “Yes, but a tropical or warm and wet wind is a lot better than the freezing and biting one here!”

"T" is for Tropical Tahiti! When it comes to tropical islands, it's hard to beat Tahiti!

A tropical area is so named because it is part of the Tropics, or hot areas of the Earth, whose boundaries are two lines of latitude, the tropic of Cancer in the north and the tropic of Capricorn in the south; these two lines of latitude mark the southernmost and northernmost boundaries of the sun’s travels—once the sun shines directly over one of them on either the summer or winter solstice, it “turns” to head back to the other, in such a way marking the seasons. Of course, we are all well aware that it isn’t the sun that is actually moving but the Earth relative to the sun, although the sun does indeed appear to moving to an observer on Earth. 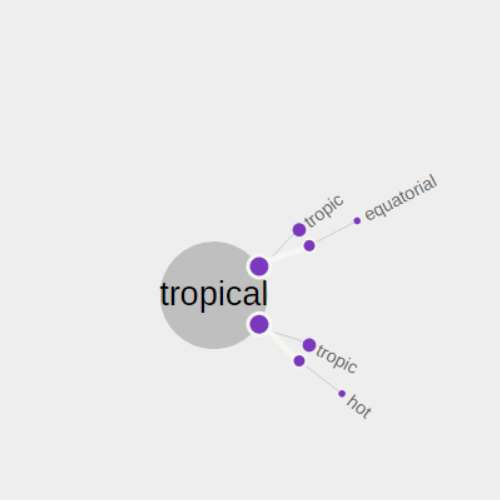