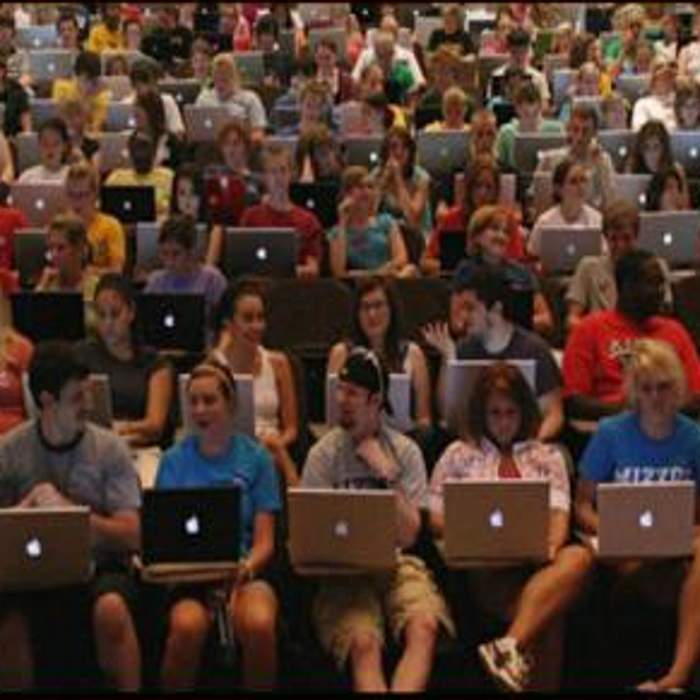 A copious amount of something is a very large amount of it.

When something is diffuse, it is widely spread out and scattered.

To imbue someone with a quality, such as an emotion or idea, is to fill that person completely with it.

If you are impervious to things, such as someone’s actions or words, you are not affected by them or do not notice them.

Something that is omnipresent appears to be everywhere at the same time or is ever-present.

A pandemic disease is a far-reaching epidemic that affects people in a very wide geographic area.

When a substance permeates something, it enters into all parts of it.

If something is pervasive, it appears to be everywhere.

A plethora of something is too much of it.

To rarefy something is to make it less dense, as in oxygen at high altitudes; this word also refers to purifying or refining something, thereby making it less ordinary or commonplace.

A scant amount of something is a very limited or slight amount of it; hence, it is inadequate or insufficient in size or quantity.

If something, such as warmth, color, or liquid, suffuses a material, it gradually spreads through or covers it; if you are suffused with a feeling, you are full of that feeling.

Something is thematic when it is related to a particular theme.

When something is transfused to another thing, it is given, put, or imparted to it; for example, you can transfuse blood or a love of reading from one person to another.

If you winnow a list or group, you reduce its size by getting rid of the things that are no longer useful or by keeping only the desirable things.

Lately it seems that everyone has a cell phone; their use has become ubiquitous. The ubiquitous sight of people everywhere on phones in public bothers some, but not me. I don’t care if everyone I see is on the phone; I use an iPod, and those are ubiquitous as well, being simply all over the place. Complaints about tuning out while using phones and iPods have become ubiquitous, but those universal complaints seem to stop once the complainers get one of the devices for themselves!

Quiz: Try again! If Starbucks coffee shops are ubiquitous, what does that mean?

Anything ubiquitous seemingly possesses the nature of being everywhere. 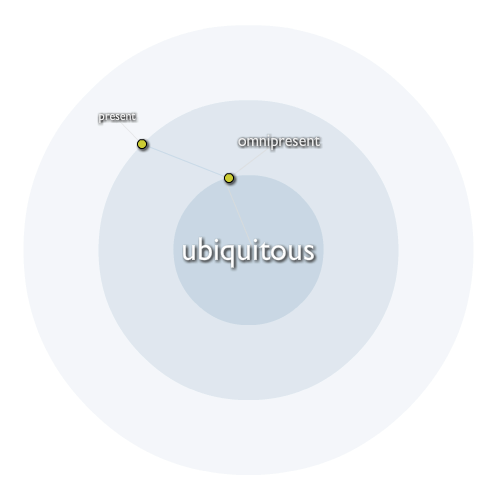